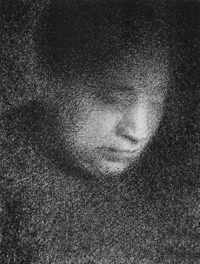 What does value have to do with light and form?

Understanding value is almost synonymous with understanding light and form, because one cannot exist without the other two. The combination of light and shadow creates a range of values, which then creates the illusion of form. 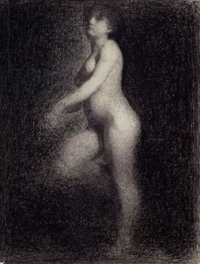 Because depicting value and form depends so much on light, we need to understand how light behaves when it illuminates form.

The good news is that when light falls on form, it acts in predictable ways. We can learn to "predict" the behavior of light by studying how light fall on basic forms, such as a sphere.

Why do we need to know how light behaves when it falls across a sphere, a cylinder, and the like? Because everything that we draw can be thought of as being made up of these basic forms, whether it is an object, a face, or a figure:

An egg becomes a ribcage!

A sphere becomes a cheek or the ball of a foot.

A cylinder becomes the framework for an arm or a leg.

These parts of the body are drawn in a similar way that you would draw the basic forms that they consist of. This means that when you study basic forms, you learn much of what you need to know to draw the figure and portrait!

The Elements of Light on Form

Within these two families are smaller, more specific elements of light on form: 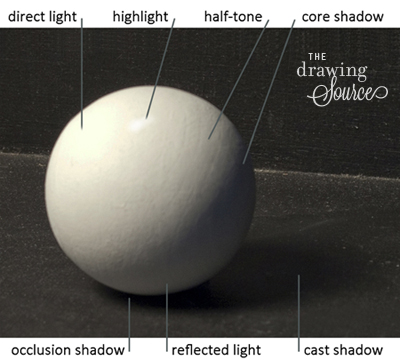 Elements of Form in the Light Family:

Elements of Form in the Shadow Family:

Elements of form in the light areas:

The direct light (also called the center light) is the area of the form that faces the light source and receives the most direct light.

The highlight is the lightest area on the form because it is perpendicular to the light source. It is actually a reflection of the light source, so it moves depending on where you are in relation to it. This is why the highlight should be the last element that you concern yourself with in your drawing.

The half-tone is the gradation between the direct light and the core shadow.

Elements of form in the shadow areas:

The core shadow is the dark band visible where light and shadow meet. It is the point at which light can no longer reach the form to illuminate it. It is the darkest area of the shadow on the sphere (the "form shadow") because it is least affected by reflected light.

Light hitting the surface of an object can be absorbed or reflected. Usually a little bit of both occurs. While direct light from the light source cannot reach the underside of the sphere, it can reach the surface on which the sphere rests, bounce off of it into the shadow on the sphere, and lighten its value.

The cast shadow is the shadow on the surface that the object rests on. It is created by the object itself blocking the light from the light source.

There is a useful trick to finding the shape of the cast shadow. Imagine two light rays projecting from the light source to the core shadow on the form. Continue these lines until they hit the surface on which the object rests, and they will show you the boundaries of the cast shadow. 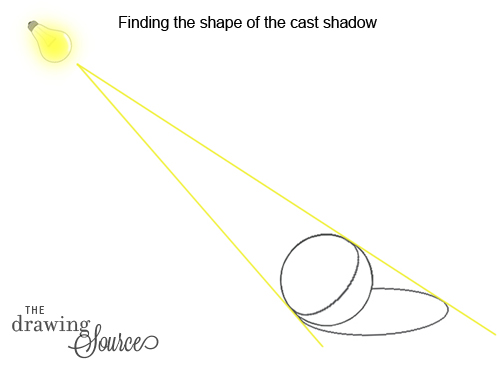 The Elements of Light on the Figure

When we draw the figure and portrait, we combine many basic forms to create the intricate, complex forms of the human body. 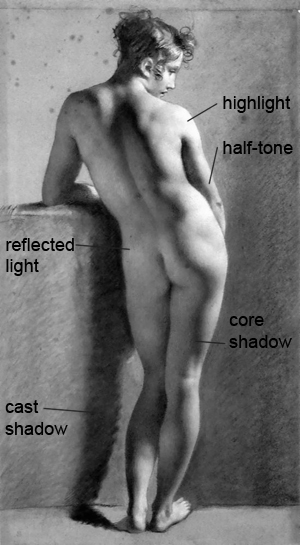 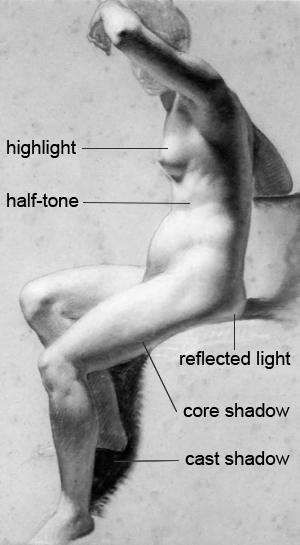 One of the best ways to become familiar with value, light and form is to draw a sphere.

Value is one of the essential elements of Realistic Drawing.

Download the Elements of Realistic Drawing E-Book
to learn about the rest (plus, receive a weekly newsletter!)

If you enjoyed this page, you may also be interested in ...

How to Draw
a Value Scale

How to Draw a Sphere (Tutorial)

Return to Value Drawing from Value, Light and Form

Return to the Homepage from Value, Light and Form 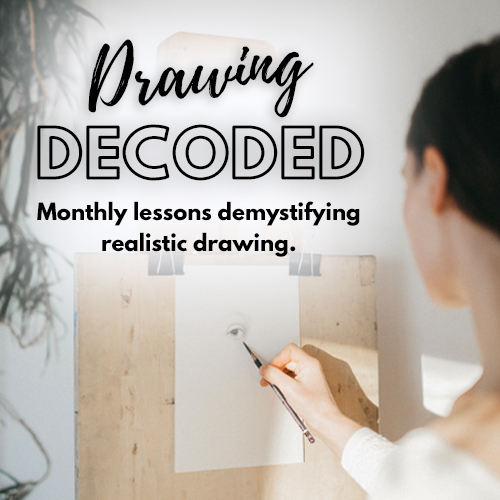 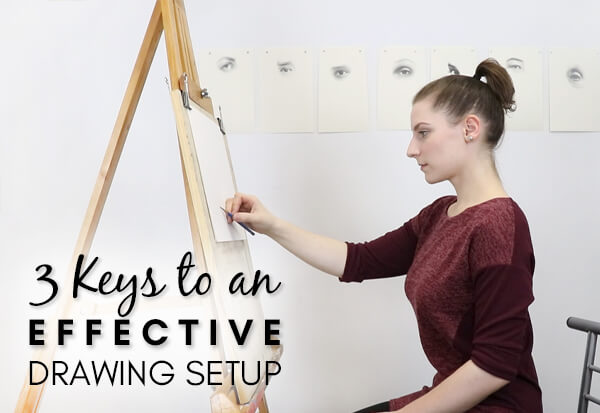 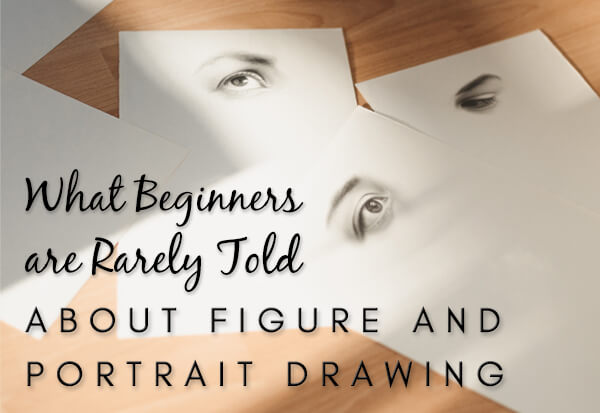